I really wanted to share with you this deliciously soft and light molten chocolate cake recipe made with red Japanese azuki beans. It’s a very nice and gluten free recipe that will help you eat more legume, full of proteins that could substitute meat if eaten with cereals. No wonder the Food and Agriculture Organization of the United Nations named 2016 as the international legume year. Legume is cheap, nutritious, easy to transport and to store. Legume cultivation is good for the soil, helps biodiversity and carbon capture.

This molten cake is incredibly good! Not too greasy, and made with unrefined sugar and raw cocoa powder, it’s so much better.

It’s a recipe I discovered from the book « Savez-vous goûter les légumes secs ? » from Bruno Couderc, Gilles Daveau, Danièle Mischlich and Caroline Rio (I changed a few things as usual), a great book to reintroduce legume in your diet with simple and diversified recipes. 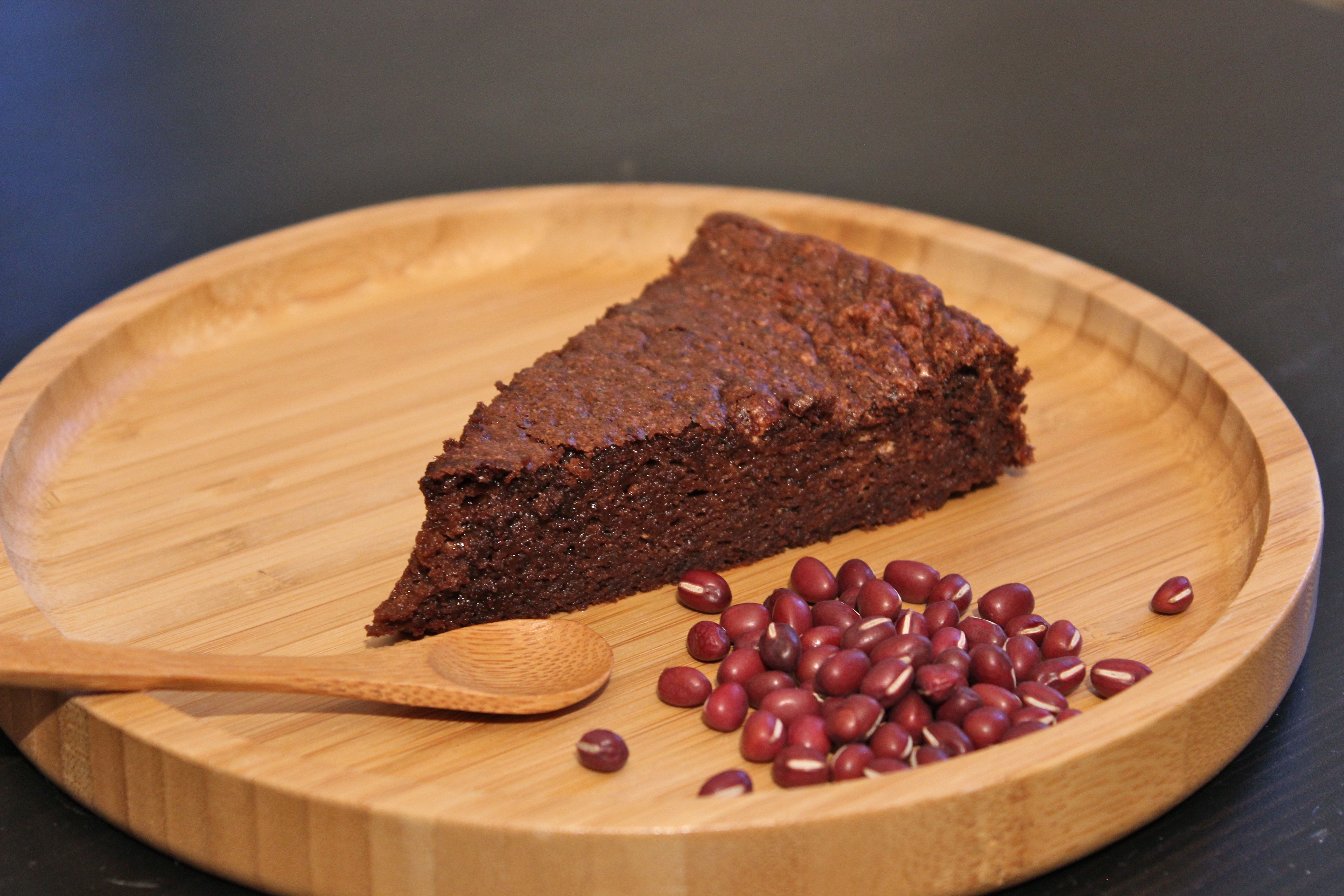 Let the beans soak for at least 12 hours in 3 cups of cold water (24 hours is even better).

Drain and rinse them well. Put the beans in a saucepan with 3 cups of water.

Bring to a boil then simmer to medium heat at least an hour, partially covered, until they are cooked and tender. You can add a tsp of baking soda to help them soften.

Drain and put back in the saucepan with unrefined sugar and vanilla pod cut in half and scraped. Bring to a boil and let cool.

Add the rum, remove the vanilla pod and mix in a liquidizer.

Melt the butter. In a bowl, pour the bean paste, then add the raw cocoa powder and melted butter.

Separate the egg whites and yolks. Add the yolks to the mixture one by one.

Pour in a mold and bake for about 30 minutes. It is done when a knife blade comes out dry and clean. Don’t overcook the cake to keep it soft and moist.